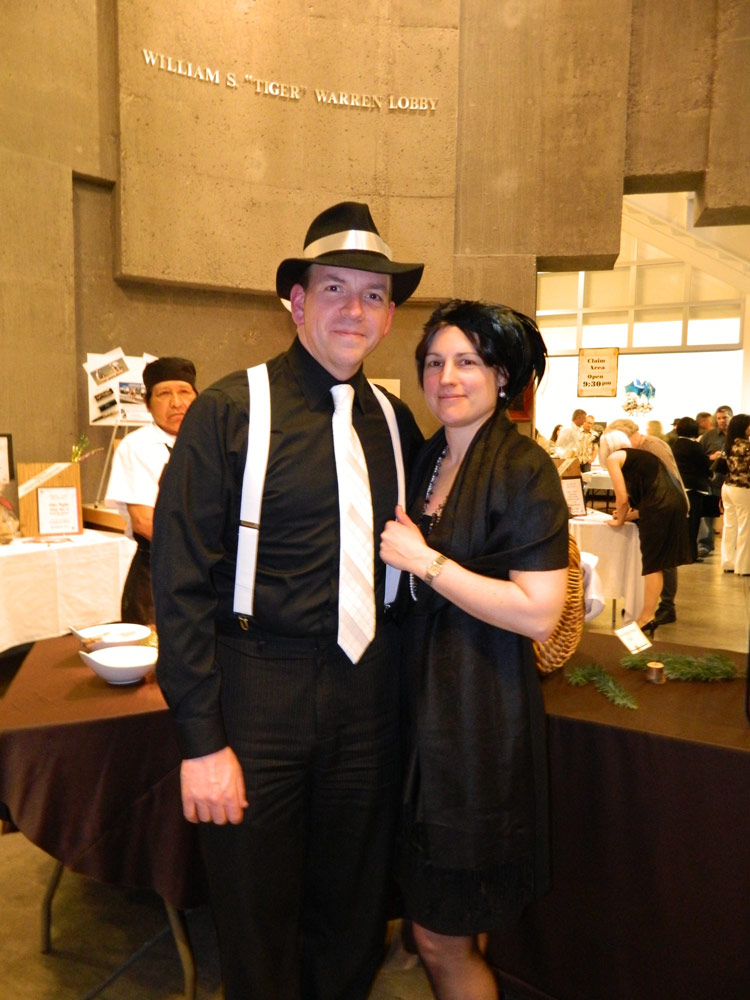 More than 150 supporters turned out Saturday night, March 9, for the Columbia Gorge Interpretive Center’s annual fundraiser. This year it was dubbed, “A night to Remember the Roaring 20s,” and many people came in costume.

“It was a great event,” said General Manager Rob Peterson. “And it was all thanks to a lot of work by our staff and volunteers. They have been working on this for months, and it showed.”

The museum welcomed more than 200 donations, ranging from gift certificates to bags and bags of pellets from Bear Mountain to rounds of golf to fine art. “The business community and our other supporters really stepped up this year,” said Peterson. “We are so grateful for their generosity.” The numbers are still being tallied but Peterson figured the final gross will come in above $17,000, which should mean a net of $12,000 or so.

“We got a lot of compliments on the food,” said Office Manager Tina Bartley. “The dinner was catered by Skamania Lodge and they really did a nice job. And their crew was so professional, it helped make everything run very smoothly. The band, Mark J and the Too Much, did a very nice job.”

The list of volunteers is a long one but the key players were Cloida Peyrollaz, Gloria Howell, Mary Fehr, Roberta Matta, Merna DeBolt and Patty Price. Virtually all of the staff also volunteered many extra hours over the weeks preceding the event.

“We are already getting ready for our next big event,” said Peterson. “In May we will be celebrating our anniversary, and this year we plan to add a number of Native American points of interest, including art and food. It should be a lot of fun and we hope also educational.”

As of Tuesday morning, Buildings & Grounds worker Dan Host said he was still chasing down wayward boa feathers of all colors. 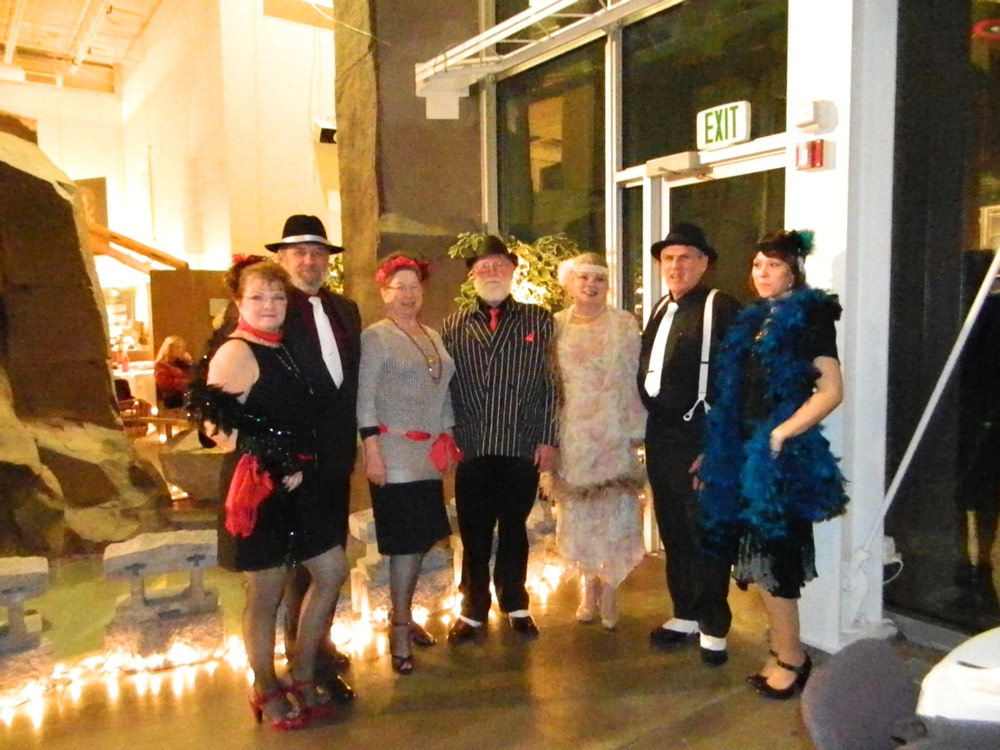 Time prints of the millennia are boldly etched on the walls of the Columbia Gorge. They record a 40-million-year-long story of change, endurance and majesty. The first human imprints in the Gorge were left by the Indian cultures that flourished here for thousands of years, drawing both spiritual and physical strength from this.

Sponsored by the
City of Stevenson